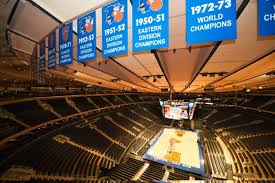 Tonight the NBA gets underway!  Opening night means a lot of things across the league but for Knicks fans its means optimism.  Even if false optimism, New York fans always think this will be the year everything turns around and a long playoff run in coming in the following months.  We know how things usually work out and Knicks fans will hate the roster and how the season shakes out but that is future Steve’s problem.  Right now its time to looks at this roster and see what the biggest questions/ issues will be for the New York Knickerbockers. Projected Starting END_OF_DOCUMENT_TOKEN_TO_BE_REPLACED

A New York team made a big signing this week that will affect the team for the next decade.  It was for 7 years and they did the New York thing, overpay for too long.  Realistically it was the right move and more importantly the only move. This was not the Yankees signing Jacoby Ellsbury, we are talking about Henrik “The King” Lundqvist and his 7 year $59.5MM new deal with the Rangers.  Hank will be 38 years old by the time his contract runs out but this was the only move for the Rangers.  Having a elite goalie is END_OF_DOCUMENT_TOKEN_TO_BE_REPLACED