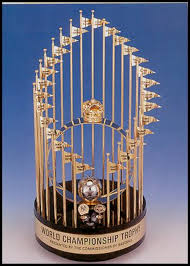 162 games per team are in the books and now the real action starts on the diamond.  Every summer you hear the phrase the “Dog Days of Summer” regarding the long baseball season but summer is over and October baseball is already in full force. In 2012 the MLB added in the second wild card creating a one game playoff.  Some hate the after 162 games it all comes down to one game for 4 teams but after its 5th year I think we can all say that this was the right move and creates Game 7 feels to kick END_OF_DOCUMENT_TOKEN_TO_BE_REPLACED

Since the death of Jose Fernandez I have been trying to find a way to write an article about how massive of a loss Jose will be the sports universe.  He had all the talent in the world but more importantly he had all the joy in the world.  The stories continue to pour out from players around the league about how much he meant to the game.  I can’t imagine being a Marlins player last night in their first game since his passing, a game where he was scheduled to pitch no less. But the strangest thing happened in the END_OF_DOCUMENT_TOKEN_TO_BE_REPLACED

The 2013 MLB season has come to a close with the Boston Red Sox winning the World Series in 6 games, just like AVS predicted before the start of the World Series.  The bats and balls have been put away until late February but there is still tons of baseball activity going on. One of the most talked about teams will certainly be the Yankees.  They missed the playoffs this year and had to deal with A-Rod’s scandal, which is not going away anytime soon.  This may be the hardest offseason for Brain Cashman yet.  Cashman gets a lot of END_OF_DOCUMENT_TOKEN_TO_BE_REPLACED

“If my hair were cut, I would lose my strength and be as weak as anybody else.” When Delilah realized that he had told her the truth, she sent a message to the Philistine kings and said, “Come back one more time. He has told me the truth.” Then they came and brought the money with them.Delilah lulled Samson to sleep in her lap and then called a man, who cut off Samson’s seven locks of hair. Then she began to torment him, for he had lost his strength. Then she shouted, “Samson! The Philistines are coming!” He woke up and thought, END_OF_DOCUMENT_TOKEN_TO_BE_REPLACED

It took 163 games to see who will be fighting for the MLB World Series.  Tonight the Pirates will play their first playoff game in 21 years but are they really?  If they lose tonight they are done already.  I know baseball is trying to get more teams involved and add excitement for the fans but the Pirates deserve more than one game.  They control their own fate but it will be a huge let down for the MLB to see this team gone with only one game.  Here are the AVS predictions for this years’ Fall Classic race. Wild END_OF_DOCUMENT_TOKEN_TO_BE_REPLACED