A subpar weekend leaves me apologizing to readers.  Well not really cause we’re still doing well here at Almost Varsity Sports.  Now gamblers out there (if you’ve been smart enough to follow along) are 5-3 in the NFL picks and 5-3 in NCAA in the last two weeks.

Getting closer to our Heisman previews and bowl selections and I know everyone is really excited.  There are some big Big 12, SEC, and Pac 12 matchups this week.  Big ranked matchups, ranked teams on the road on upset watch, and College Gameday is back in South Bend for what people think is a Notre Dame that’s for real (get passed this game and I’ll buy in, maybe).  Preseason I would’ve been buying in on a huge Alabama/Missouri matchup, but after watching Alabama dominate week after week I can’t see Missouri keeping this one close, explosive offense or not. 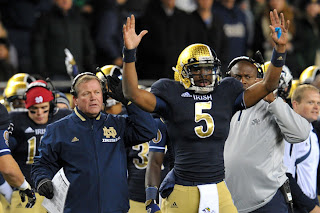 Off the record picks:  LSU (-2.5) over South Carolina – LSU is playing with their backs against the wall and they have to get this one or say bye to National Championship and most likely SEC title hopes,  Texas Tech (+4.5) over West Virginia – Texas Tech and WVU will put up a ton of points and Texas Tech will score enough to keep it close, Stanford (+6.5) over Notre Dame – when Notre Dame beats Stanford I’ll begin to buy in, Pitt (+2.5) over Louisville – I like this a lot but the game started already.  Picked this game preseason and took Pitt and said it would be the reason they won the Big East.  Not going back on it after they havent looked great. 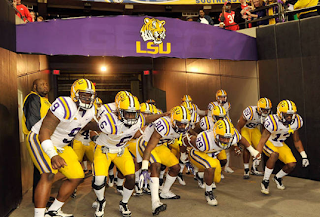 My favorite stat I heard this past week: KSU QB, Colin Kline, has the most games with a rushing and passing TD in the last two years (13).  Kansas State is a very, very good team.  No one is giving them any respect because it is not the most flashy of Big 12 teams (playing in the same conference as West Virginia and Baylor is tough).  Iowa State is always a pesky team so it makes me a little nervous.  They upset TCU last week at home but TCU was without the starting QB.  Kansas State beat up a pretty good, underrated Miami team.  The win on the road against Oklahoma made me a buyer of this team.  I’m eating the 6 points and expecting a win more than 14.

Florida beat LSU last week and they have proven me wrong twice thus far.  Beating Vanderbilt and LSU, I bought in.  If you can’t beat em, join ’em, right?   Florida has Heisman hopeful Mike Gillislee who has rushed for 550 yards already and has 7 touchdowns.  This game for Florida is sandwiched between LSU and South Carolina.  Could it be a letdown game against the pesky Cyclones?  Sure.  But Will Muschamp has this defense clicking on all cylinders, giving up only 11 PPG (6th in the nation).  Muschamp is a great coach and will be able to get this team up for this game.  I’m taking Florida by 10. 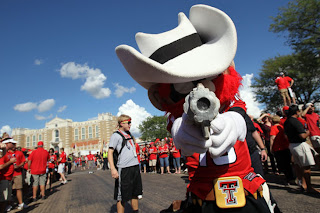 I told you two weeks ago WVU vs. Baylor was going to be a high scoring, explosive matchup.  It even blew me out of the water.  The over/under for this game is at 75 points!  An overrated TTU defense vs a ridiculously good WVU offense and a good TTU offense vs an awful WVU defense.  The Big 12 is begging bettors to take overs every week with these offenses.  We’re going to say that Texas Tech keeps this game very close and pulls out an outright upset by beating WVU.  Fun parlay would be the (+4.5) and the over.  But the pick, the over.